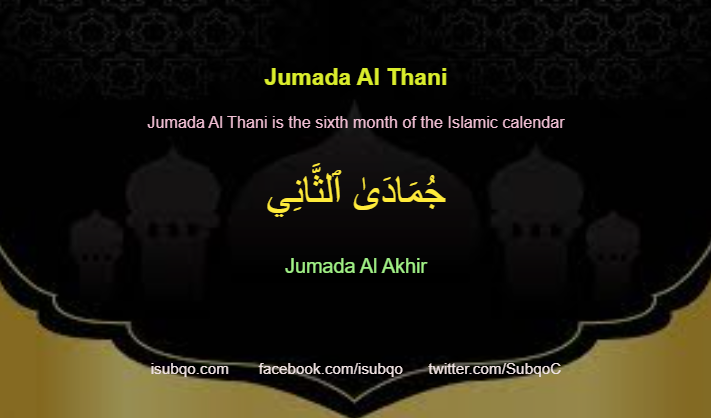 Jumada Al Thani also known as Jumada al-Akhirah is the sixth month of the Islamic calendar and it is the month which comes after Jumada Al Awwal. Jumada Al Thani 2022 starts from 24 December to 22 January 2023. The origin of the name is theorized by some as from the word jamād ( جماد‎) meaning "arid, dry, or rainless" - denoting the dry and parched land, hence the dry months. Jumādā (جُمَادَىٰ‎) may also be related to a verb meaning "to freeze" and another account relates that water would freeze during this time of year.

The Islamic calendar is a lunar calendar, and months begin when the first crescent of a new moon is sighted. Since the Islamic lunar calendar year is 11 to 12 days shorter than the tropical year