How many rakats are there in Dhuhr? 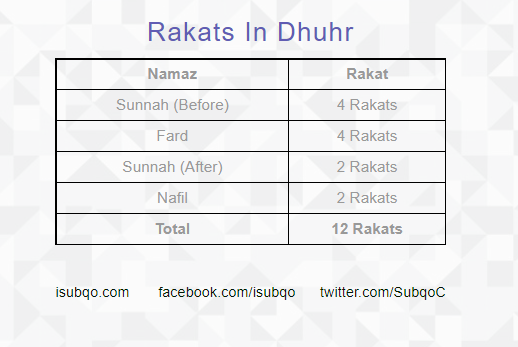 Time: The time for Dhuhr prayer is at after the sun passes its zenith and lasts until 20 min (approx) and before the call for the Asr prayer is to be given.

There is a hadith which says; “During the Dhuhr Salat’s time, the gates of heaven get opened.”