How many rakats are there in Asr? 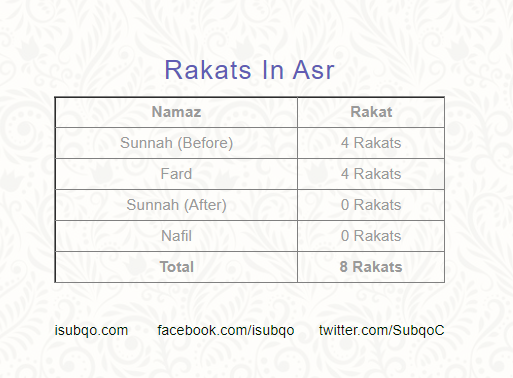 The Asr prayer is one of the five mandatory salah (Islamic prayer). The four rakat Sunnat followed by and four rakat Fard .

The first four rakat is sunnah, so some people do not pray it and begin with the 4 fard.

Time: The time for Asr prayer starts when the shadow of an object is the same length as the object itself and end when sunset.

There is a hadith which says; “Whoever completes Fajr and Asr prayer will enter Jannah.”