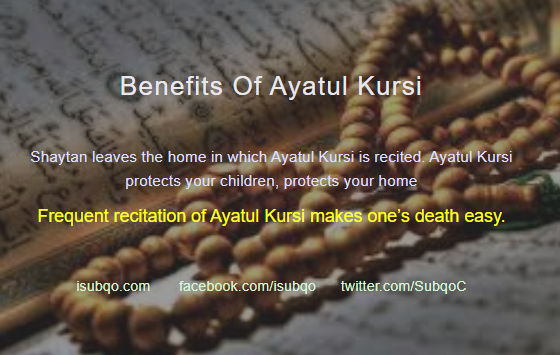 Protection from Shaytan is essential for us. Allah SWT has revealed verses in the Quran that are so powerful that we would be protected from the Shaytan. Allah has revealed a verse that a lot of us would know, which is verse number 255 of Surat al-Baqarah and that is known as Ayatul Kursi.

Below are some benefits of reciting Ayatul Kursi that every Muslims needs to know: