Best Dua for safe Pregnancy and Prayer For Pregnancy 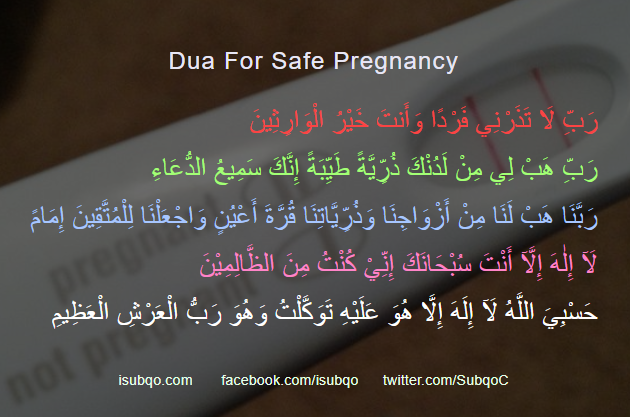 O my Lord! Do not leave me alone, while You are the best of inheritors.

My Lord, grant me [a child] from among the righteous.

Oh Allah bestow onto me from You, pure children. Verily you are the listener of du’aas

Our Lord! Grant unto us wives and offspring who will be the comfort of our eyes, and give us (the grace) to lead the righteous.

Duas for the difficulties of pregnancy

None has the right to be worshipped except You. How perfect You are. Verily, I was among the wrong-doers. (The dua of Yusuf (A.S.)

Of this dua, Rasulullah (Sallallahu alaihi wasallam) reported to have said: “No Muslim supplicates with it for anything, ever, except Allah responds to him.” (Tirmidhi)

My Lord! Build for me a home with You in Paradise.

Duas to read during childbirth

O Allah, I hope for Your mercy. Do not leave me to myself even for the blinking of an eye (i.e. a moment). Correct all of my affairs for me. There is none worthy of worship but You.

O Allah! Nothing is easy except what You have made easy. If You wish, You can make the difficult easy.

Allah is sufficient for me. There is none worthy of worship but Him. I have placed my trust in Him, He is Lord of the Majestic Throne.

O Living and Eternal Sustainer! By Your mercy I seek relief! (Tirmidhi)

In several verses of the Noble Qur'an, Allah (SwT) has mentioned the creation and stages of transformation of the child. It is by observing this miracle that one inevitably desires to thank and revere Him, the best of Creators.

In the verses above, Allah (SwT) mentions 7 stages of creation:

Stage 1: The human being initially starts off as clay; in other words, the inorganic constituents of the earth are absorbed into the living matter by way of food.

Stage 2: Living matter reproduces itself by means of sperm; thus the human is then made into a seed (the seminal fluid), and placed in a firm resting place (the ovum of a mother).

Stage 3: The first change in the fertilized ovum is the conversion into a sort of clot of thickly congealed blood, or clinging mass.

Stage 4: The zygote cells grow by segmentation; then the mass gradually assumes shape in its growth as a fetus (a lump of fleshy tissue).

Stage 5: From this develops bones.

Stage 6: Flesh now grows on the bones, as do organs and a nervous system.

Stage 7: So far the development of an infant human is like that of an animal. However, a major step is now taken and the fetus becomes a complete human. This is the breathing of Allah (SwT)'s spirit into him. (This may not be at a specific time; rather it may be parallel to that of physical growth.)

On the subject of the creation of the fetus, it is narrated from the Prophet (S): “The seed in the womb of the mother (takes) 40 days to become a clot, then after 40 days it becomes a lump of flesh (fetus); when the child is 4 months old, by the command of Allāh (SwT), 2 Angels give the fetus a spirit (rūĥ) and specify the sustenance (Rizq), period of living, deeds (A°māl), prosperity and adversity of the child.”1

It is perhaps for this reason that it has been suggested that especially after the 40th day of intercourse, one should be extra careful when preparing food. The food must be ritually clean and ĥalāl as this will have an impact on the child. 2

Imām as-Ŝādiq (as) also described the process of creation as follows: “After the completion of the materials of the body, Allāh (SwT) sends two Angels who have the duty of the creation of the child, and by the permission of Allah (SwT), they create the ears and eyes and all the inner and outer organs (limbs) of the body.”3

In Imām Husain’s (as) Du°a of °Arafāt, he refers to the process of creation and attempts to count the blessings bestowed by Allāh (SwT) in the following manner: “You originated me by Your blessing before I was a thing remembered.

You created me from dust, then gave me a place in the loins (of my fathers), Secure from the uncertainty of Fate and the vagaries of the ages and the years.

I remained a traveler from loin to the womb in a time Immemorial of past days and bygone centuries.

In Your tenderness, bounty, and goodness towards me, You did not send me out into the empire of the leaders of disbelief, those who broke Your covenant and cried lies to Your messengers.

Rather, You sent me out to that guidance which had been foreordained for me, the way in which You made it easy for me and in which You nurtured me.

And before that, You were kind to me through Your graceful fashioning and abundant blessings.

You originated my creation from a sperm-drop spilled and madest me to dwell in a threefold gloom among flesh, blood, and skin.

You gave me not to witness my creation, nor did you entrust me with anything of my own affair. Then You sent me out into the world for guidance that had been predicted for me, complete and unimpaired. 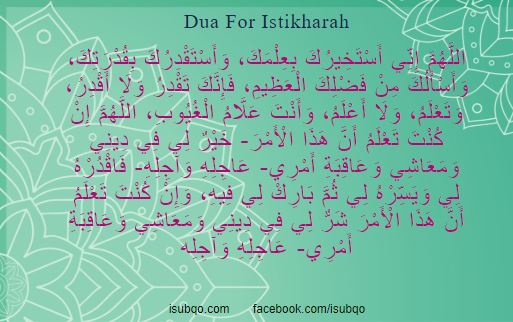 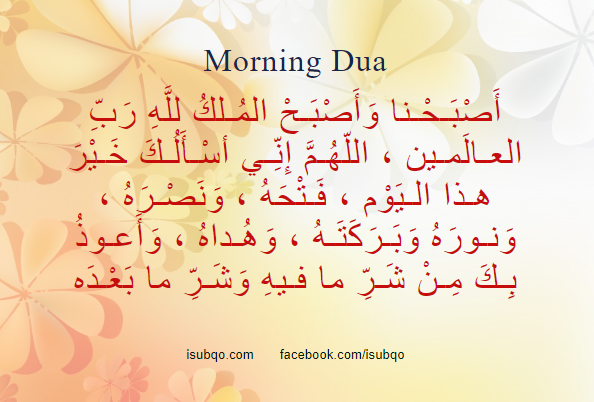 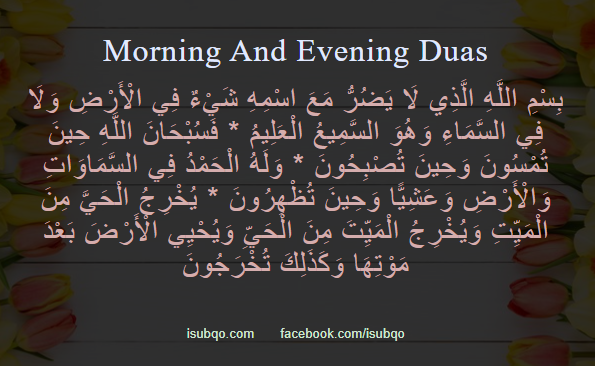 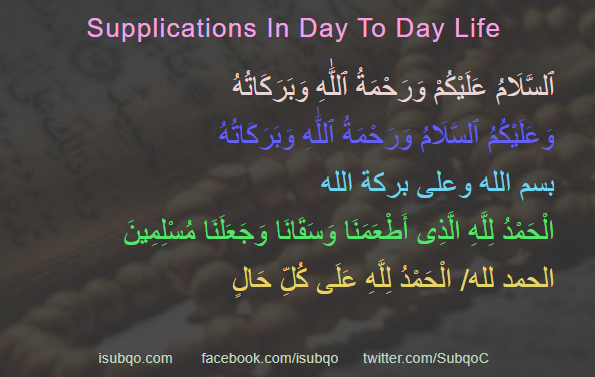 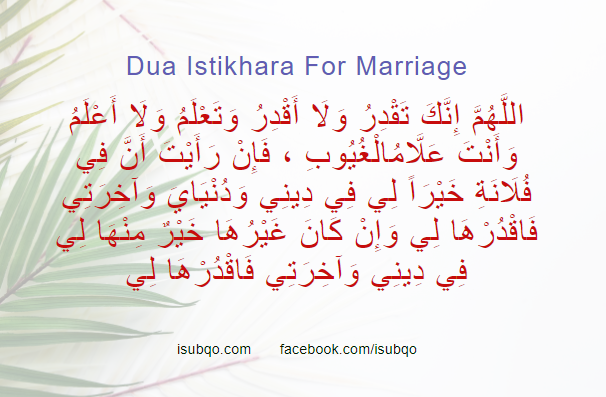 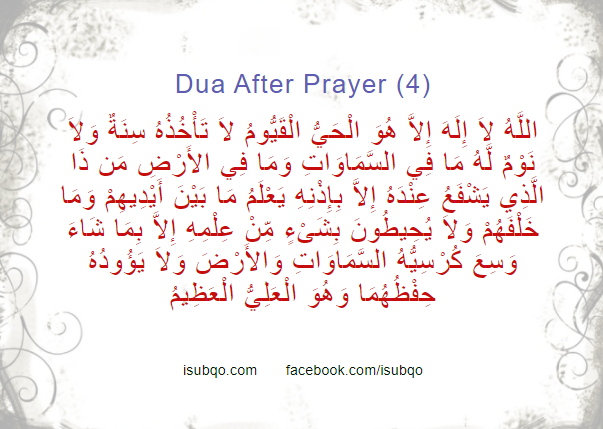 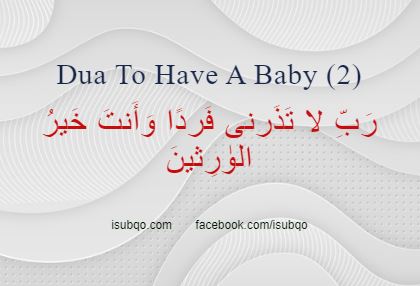 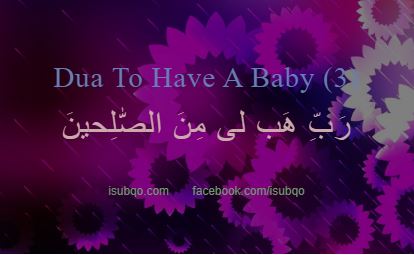 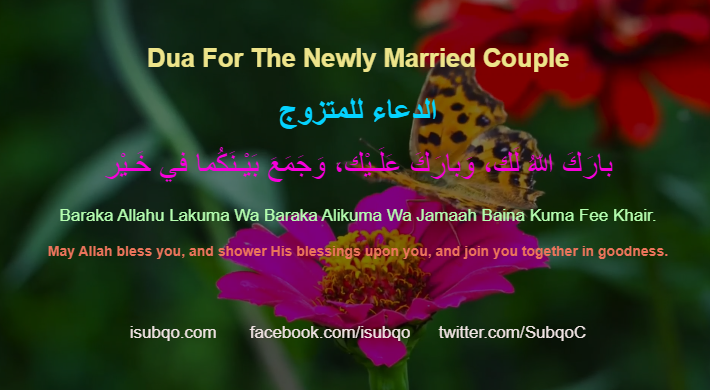 Dua for the newly married couple 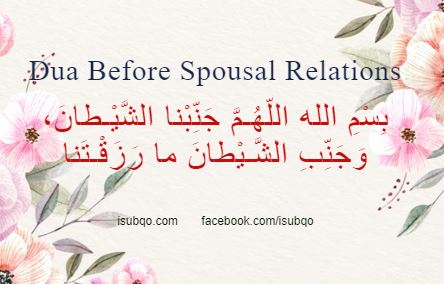 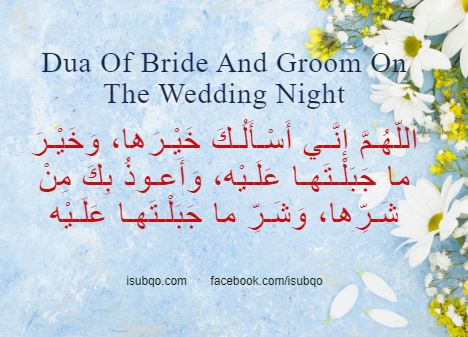 Dua of bride and groom on the wedding night 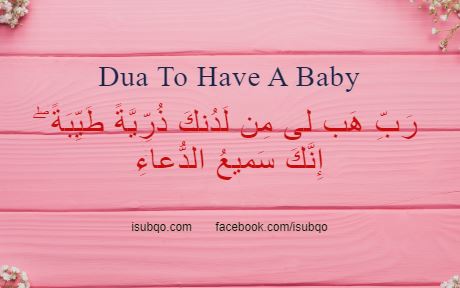 Dua to have a baby 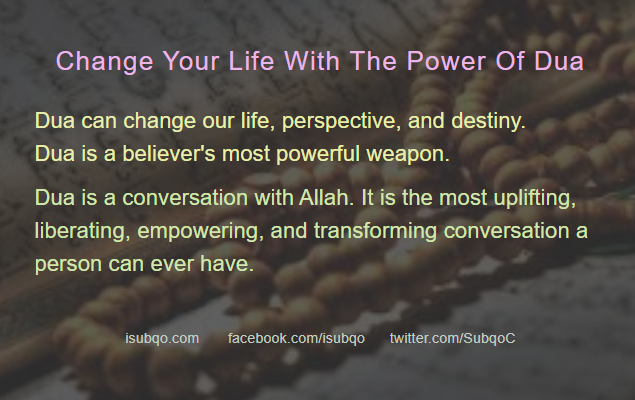 Change your life with the power of Dua 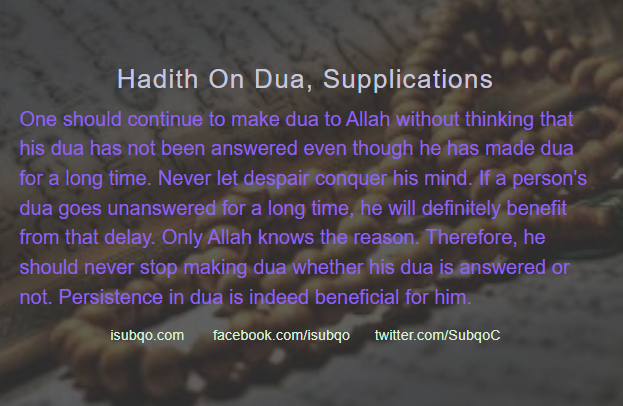 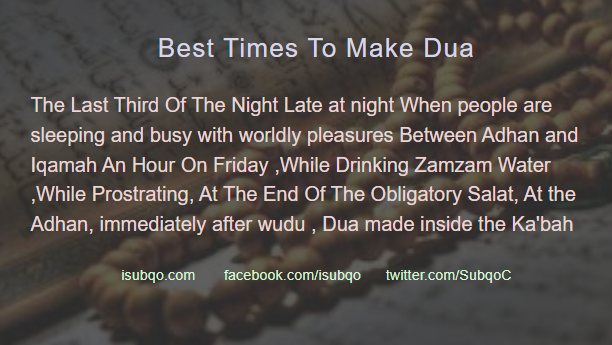 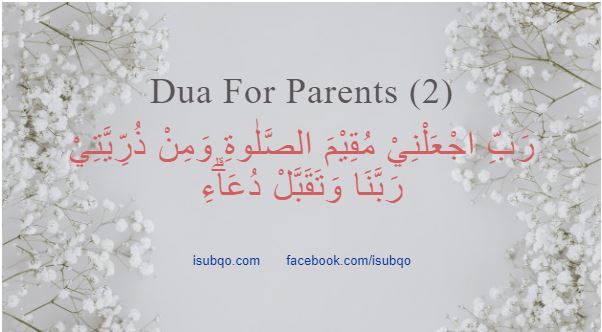 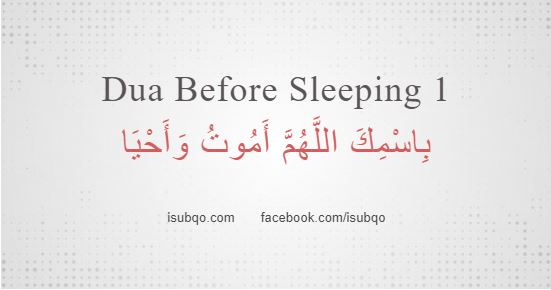 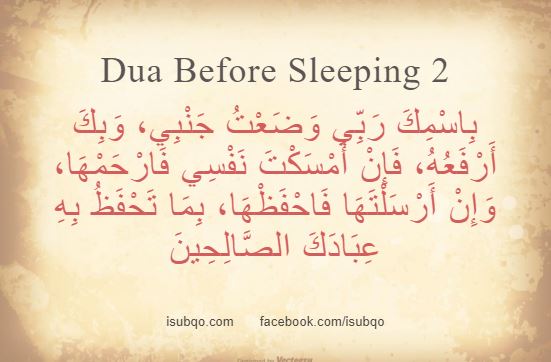 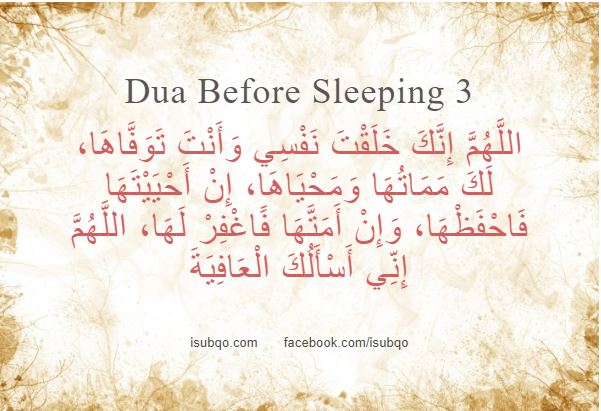 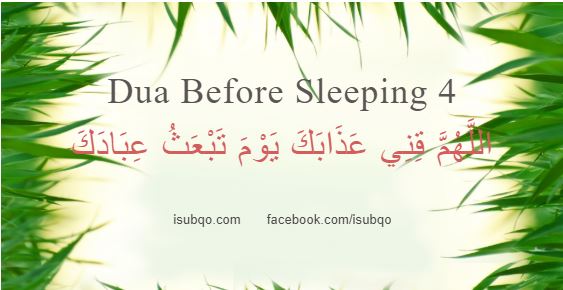 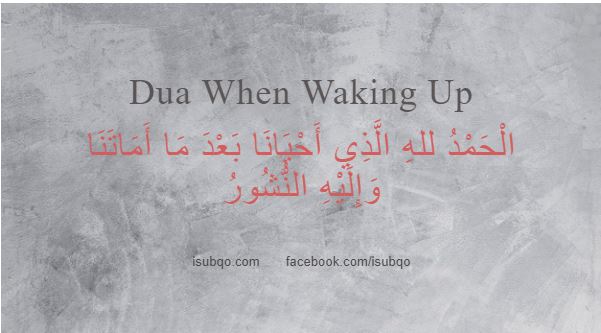 Dua when waking up 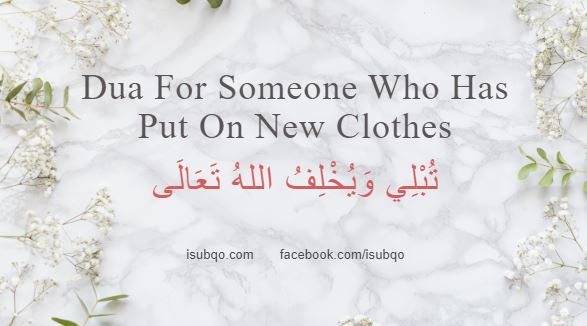 Dua for someone who has put on new clothes 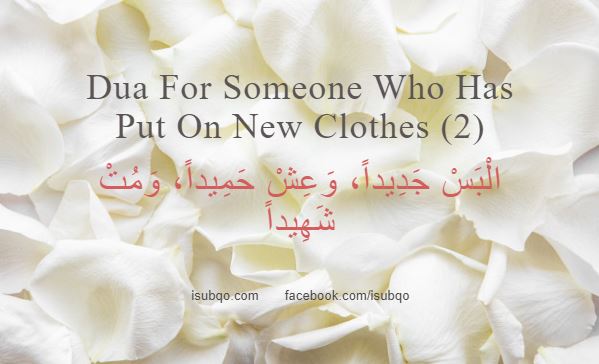 Dua for someone who has put on new clothes (2)